On April 12th, President Biden announced that the U.S. Environmental Protection Agency (EPA) would issue an emergency waiver of federal gasoline Reid Vapor Pressure (RVP) regulations this summer for E15—a 15% blend of ethanol with gasoline. This action was finalized on April 29th. As ethanol is typically less costly than hydrocarbon gasoline, this is seen as a tool for reducing U.S. retail gasoline prices from recent record highs due to the economy’s recovery from the impacts of the COVID-19 pandemic and market impacts of sanctions being placed on Russia as a result of its invasion of Ukraine. 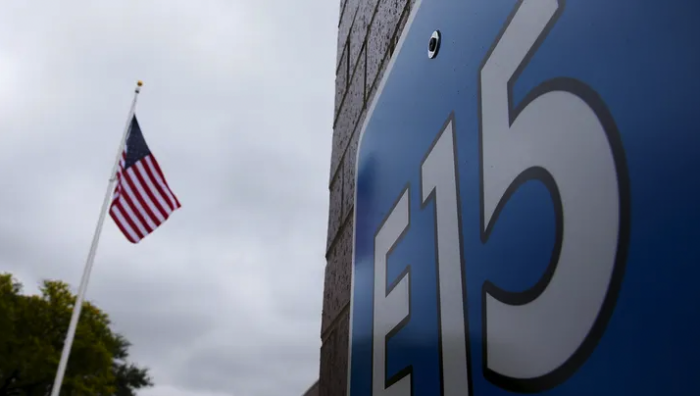 The use of E15 in the U.S. market was originally authorized by two waivers of Section 211(f)(4) of the Clean Air Act issued by EPA under the Obama administration in 2010 and 2011. Together, these waivers authorize the registration of E15 for use in all 2001 and newer light-duty gasoline vehicles in the U.S. and all flexible fuel vehicles (FFVs), while prohibiting its use in heavy-duty vehicles, motorcycles, marine engines, and other non-road applications. In granting these waivers, EPA did not extend the one pound per square inch (psi) RVP waiver afforded to E10 gasoline during summer months[1] in conventional gasoline markets (about 70% of U.S. gasoline demand; the remaining 30% of demand is in reformulated gasoline markets where E10 does not receive an RVP waiver) claiming lack of statutory authority.

This lack of an RVP waiver extension to E15 during the summer has been a key constraint on the growth of retail availability of E15 as it means that E15 cannot be legally produced from the same gasoline blendstock (commonly known as CBOB for Conventional Blendstock for Oxygenate Blending) used to produce E10. As the wholesale gasoline distribution systems in much of the country only distribute CBOB for E10 blending, retailers offering E15 generally need to suspend sales of the product during peak summer driving season. This effectively limits the number of retailers which have been willing to invest in E15 dispensing equipment as they cannot use it year-round.

In 2019, EPA reinterpreted the statutory provisions concerning the 1psi RVP waiver afforded E10 and issued a final rule extending this waiver to E15. This ruling was overturned by the D.C. Circuit Court of Appeals in 2021 which ruled that EPA exceeded its authority in granting E15 the RVP waiver; this ruling was later upheld by the U.S. Supreme Court.

With the recent emergency waiver, EPA relies on its emergency powers to temporarily relax regulatory requirements in order to keep the market adequately supplied in the face of a defined emergency. Accordingly, the current emergency waiver will enable E15 sales this summer. Once summer ends, the relaxed RVP specifications for non-summer months govern until June 1, 2023. This provides a time window for EPA, Congress, and impacted industries to see if they can agree on a long-term path forward for E15.

How Will this Work?

Implementation of the emergency waiver will enable terminals distributing 87 octane conventional E10 to produce 88 octane conventional E15 from the same CBOB by just increasing the ethanol content. Terminals which have not previously offered E15 may need to make some programming and minor capital upgrades to enable routine blending of E15. (Terminals distributing reformulated gasoline have always been able to produce 88 octane E15 from the same RBOB utilized to produce 87 octane E10 as the RBOB RVP has already been reduced to accommodate ethanol blending.)

The federal government does not have statistics on the number of retail gasoline stations currently offering E15, but industry sources estimate this at 2300 to 2600 sites—about 2% of all U.S. sites— concentrated in the farm belt states. At these sites, 88 octane E15 (often labelled as “Unleaded 88”) is commonly priced five to ten cents per gallon below the 87 octane E10 Regular grade. Adding E15 at a site which does not currently offer it commonly requires addition of a new underground storage tank (UST), associated piping, and modifications to one or more dispensers — in many cases, sites choose to use the new UST to store E85 and produce E15 by blending the E85 with E10 Regular. Sites also need a source of supply of E15 or E85 from a wholesale marketer operating out of one or more terminals in their vicinity. Given the short lead time and limited duration, however, it seems unlikely that the emergency waiver will incentivize E15 installations at many new sites which did not already have such plans in place before the announcement.

While the number of incompatible vehicles was seen as a constraint on U.S. E15 sales when it was first approved in 2010 and 2011, the number of pre-2001 vehicles on the road has greatly decreased since that time. Additionally, manufacturer approval of E15, which began with some GM models in 2012, has rapidly expanded to cover an estimated 96.5% of 2021 model year light-duty vehicles sold in the U.S. (most non-approved models are premium-required vehicles for which 88 octane E15 would not be appropriate).

Accordingly, the emergency RVP waiver creates an option to substantially expand the share of E15 sales at sites currently offering E15 but is less likely to result in E15 becoming available at many more sites in the absence of a permanent regulatory solution. At sites that do currently offer E15, being able to continue offering it through the summer not only means additional volume by having it available year-round but also eliminates the need to “re-train” E15 consumers when stations would otherwise be resuming E15 sales on September 16th.

What Kind of Impact?

National statistics on E15 sales are not currently available, but it is believed that sales currently amount to a fraction of one percent of total annual U.S. gasoline sales.[2] The additional publicity of the emergency waiver combined with the additional 3 ½ months of retail sales and continuation of market share into the fall, could result in a 50-100% increase in E15 sales in 2022, even without a significant increase in site availability. While refiners have generally not offered branded E15 products in the past, both BP and Shell indicated intent to begin limited branded E15 offerings prior to the announcement of the emergency waiver. These moves by BP and Shell may increase the credibility of E15 and add momentum to E15 sales by all retailers.

While these relative sales increases are potentially large and consumers purchasing E15 can expect to experience slightly lower fuel costs compared to E10,[3] it seems unlikely that E15 sales will grow sufficiently in the near term to materially reduce demand for petroleum gasoline and, thus, impact overall gasoline prices.

The important question is whether the additional attention that E15 receives this year will be sufficient to drive a long-term solution to the differential RVP treatment of E10 and E15 in conventional gasoline markets. If so, E15 has the potential to capture a substantial share of U.S. gasoline demand over the next several years.

Do you have more questions on E15, gasoline and ethanol supply and demand, or other transportation fuel topics? Contact us!

[1] EPA’s authority to regulate the RVP of gasoline is limited to summer months, defined as June 1st through September 15th at retail in most of the U.S.
[2] The Renewable Fuels Association, RFA, has recently estimated U.S. E15 sales as a record 814 million gallons in 2021.  This amounts to about 0.7% of total motor gasoline sales of 118 billion gallons in 2021 according to EIA’s annual energy outlook for 2022.
[3] The 5 to 10 cents per gallon typical price differential for E15 versus E10 is somewhat larger than the 1-2% theoretical fuel economy penalty expected for a vehicle operating on E15 instead of E10.