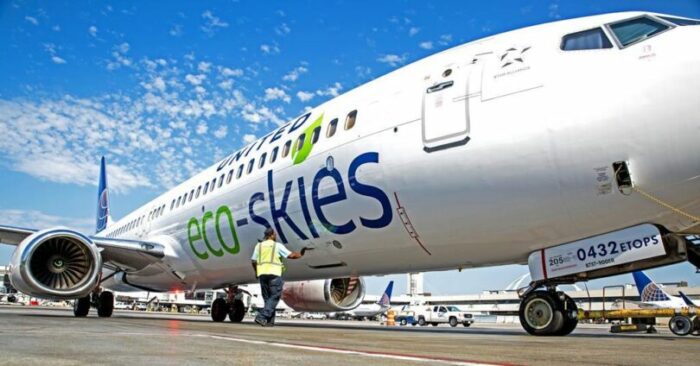 The aviation sector produces up to 11% of U.S. transportation GHG emissions, and on September 9th, the White House announced a series of executive actions to tackle those emissions by advancing the production and use of cleaner and more sustainable fuels across American aviation, improving aircraft fuel efficiency, and reducing emissions from airports. These executive actions will primarily lean on a broad array of federal agencies to lead and partner with various stakeholders – airlines, renewable fuel suppliers, airports, aircraft manufacturers, and R&D developers – to achieve this goal. Outside of this action, the aviation GHG-reduction goal may be bolstered by the proposed Sustainable Skies Act, which was introduced in Congress on May 20, 2021 and would provide a tax credit for sustainable aviation fuel (SAF) that achieves at least a 50% reduction in lifecycle GHG emissions.

Many of the actions mentioned here emphasize, increase, and strengthen (through existing programs) the collaborative efforts by specific federal agencies to enhance the availability of SAF, increase the funding of or loan guarantees for SAF production research and SAF projects, and increase research and development to demonstrate new technologies. The Sustainable Aviation Fuel Grand Challenge emphasizes the need to develop SAF production and use in the U.S., and, in doing so, demonstrate that the U.S. is a leader in decarbonizing the aviation industry. The success of this effort, of course, depends on airlines, the aircraft industry, aviation infrastructure, and fuel suppliers to progress on their commitments to transform into a sustainable, decarbonized aviation sector.

The Fact Sheet indicated that in the coming months, the Biden Administration plans to release a more comprehensive aviation climate action plan, presumably with more specific program details and goals.

Given the emphasis of the Sustainable Aviation Fuel Grand Challenge on research and development, the announcement may have a positive impact on the development of SAF from pathways other than those which produce renewable diesel (RD) via hydrogenation of fats, oils, and greases, since the technologies for those pathways are just entering the commercially proving stages. These other pathways produce SAF from biomass, waste, fermented sugars, or alcohol. The impact would be incremental since SAF is already supported by federal research and development funding and loan programs and qualifies under the federal renewable fuels program (RFS) to earn credits (known as renewable identification numbers, or RINs).

Outside the scope of the Sustainable Aviation Fuel Grand Challenge, the proposed Sustainable Skies Act would provide significant incentives for SAF if adopted. As proposed, this legislation would give a minimum tax credit of $1.50 per gallon to qualifying SAF plus up to an additional $0.50 per gallon for SAF produced using pathways with over a 50% GHG reduction. Given that the proposed SAF tax credit exceeds the $1.00 biomass-based diesel tax credit (for which RD qualifies), this proposed incentive may only serve to cannibalize RD in favor of SAF since SAF can be produced via the same feedstocks and facilities that currently produce RD. If the Sustainable Skies Act’s SAF tax credit is adopted, that incentive would also improve the economics of SAF production from pathways other than hydrogenation of fats, oils, and greases.

To understand the full impact on renewable fuels of this Administration’s Executive actions, we are awaiting the Administration’s forthcoming comprehensive aviation climate action plan. Stay tuned to this space for more on that.