War Stories: A Case for Due Diligence 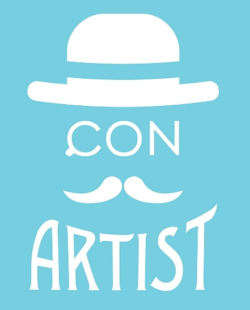 In 1997, Stillwater Senior Associate Jeff Kennedy found himself living in California after several decades of moving around the country working for Mobil Oil. Following a much-needed break, Jeff met a convincing “self-styled serial entrepreneur” who we will call “Mr. X.” At the time, Mr. X was consulting with a start-up company working to develop night-vision technology for the military. The project piqued Jeff’s interest, and the company quickly hired him as CEO. Almost immediately, Jeff began to see warning signs that Mr. X was bad news.

Red Flag #1. With Jeff now leading the way, the start-up licensed “leading edge” technology from its consultant, Mr. X, then created an engineering team and got to work. Despite only being in the early stages of development, Mr. X made an unauthorized deal in China to sell the product for $1.5 million, promising $750,000 to Jeff, $500,000 to himself, and $250,000 to re-invest in the company at which Jeff was CEO. The product, however, was not ready for market and was not Mr. X’s to sell. Jeff arranged a meeting with the Chairman and Vice Chairman of his company to discuss this and other concerns he was having with Mr. X.

Red Flag #2. Knowing that Mr. X’s future with the company was uncertain, Jeff requested that Mr. X not accompany him on a trip to meet a top consulting developer and key influencer in the field – a retired Army Colonel and early adopter of the technology Jeff’s company was developing. Jeff couldn’t afford to risk making the company look incompetent by bringing Mr. X along. Despite Jeff asking him not to come, Mr. X was waiting at the airport with the company’s lead engineer when Jeff’s plane landed.

Red Flag #3. Jeff’s mounting suspicions were confirmed when the Colonel confided to Jeff that they wouldn’t be successful in developing their product with Mr. X on board. Jeff got on the phone with his Chairman immediately, and they scheduled a meeting to separate Mr. X from the company. After Mr. X showed up at the airport for the meeting uninvited and unannounced, Jeff had a feeling that things could get ugly. As a precaution, he and the Chairman and Vice Chairman changed all the locks at company headquarters; the only person who had a key for the new locks was Jeff. The morning of the meeting with Mr. X, Jeff was on his way to work and received a call from his wife. She had just tried to call him at the office and was surprised when Mr. X answered!

Already feeling anxious for the meeting with Mr. X, when Jeff arrived at work that morning his key to the company’s Research and Development (R&D) lab (where all the engineering and development documentation was housed) didn’t work. Jeff mentioned this to Mr. X, who produced a different key that surprisingly opened the door. With a security guard in tow, Jeff and the company’s Chairman and Board relieved Mr. X of his consulting duties. As they adjourned the meeting, Jeff received a call from his assistant saying he was urgently needed in the R&D lab. There, Jeff discovered that all the computer hard-drives and books containing valuable intellectual property were missing!

After getting authorities involved and escorting Mr. X from the property, Jeff pursued both a criminal and civil lawsuit against Mr. X for intellectual property theft. Jeff eventually recovered the stolen intellectual property, only to discover it and the patent licensed by Jeff’s start-up from Mr. X was worthless; it had been in the public domain and stolen by Mr. X. Upon hearing additional suspicious things about Mr. X from others in the industry, Jeff decided to hire an investigator. The investigator discovered that Mr. X was well-known to federal and state law enforcement as a con-man. He had five known aliases with accompanying fictitious social security numbers, had served time in federal prison for fraud, and had previously been in the witness protection program. Apparently, he frequently obtained U.S. patents with a conspirator as the “inventor;” Jeff’s company was just one of many that Mr. X had targeted.

Despite these events, Jeff continued his work as CEO for the company for 19 more years. They built a strong IP portfolio that included 17 patents and developed state-of-the-art night-vision products that became the gold standard for the U.S. Army and Marine Corp.  The company went public in 2004.

Jeff’s story is shocking, but it is illustrative of the kind of real-world experience our associates possess. They have truly seen, heard, and lived it all. This kind of background experience enables Stillwater Associates to see the important things others miss.