by Ralph Grimmer and Michael Myers

Stillwater is following the progress and impact of the International Maritime Organization’s Global Maximum Sulfur Content of Marine Fuel Rule, or IMO 2020. Our first article, IMO 2020 Part 1: The evolution of the marine sulfur regulation, appeared on the website in September 2017.

The International Maritime Organization (IMO) is moving forward with a marked reduction in the global maximum sulfur content of marine fuel (aka bunker fuel oil) on January 1, 2020. In our September newsletter, Stillwater provided an overview of this “IMO 2020 Rule” along with relevant background. This month, we focus on the shipowners’ perspective on this impending significant change.

An estimated 51,000 commercial ships were registered around the world in 2016.  This international fleet can be broken into many specific categories of vessels characterized by size, type of trade, flag nation, area of trade, age, construction, type of propulsion, ownership, and contract operations. Each of these characteristics must necessarily be considered by the owners or operators of the vessels when making decisions on complying with IMO 2020 Rule requirements. At present, it is estimated that less than 1% of the worldwide fleet is operating within the future regulatory limits for sulfur emissions for open ocean areas (i.e. outside of Emission Control Areas). 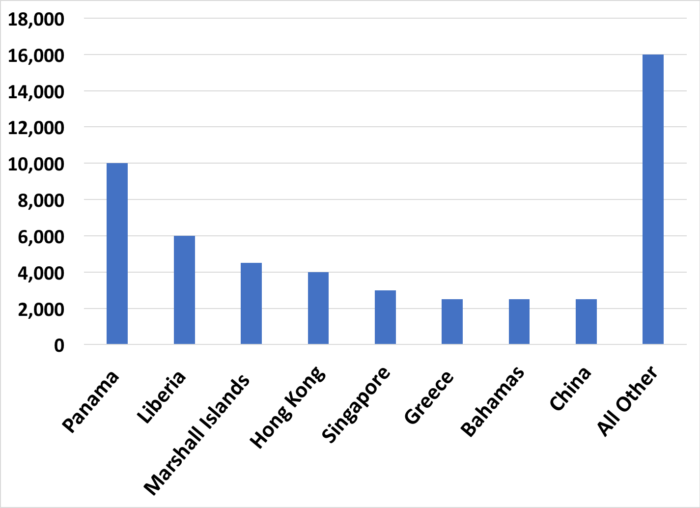 Shipowners will be faced with the following basic options for marine fuel sourcing in 2020:

Excluding the options of non-compliance through waiver or disregard (current market conditions combined with lax enforcement expectations favor a significant market share of non-complying vessels in worldwide trade at least initially in 2020), shipowners will be making a choice to use more expensive low-sulfur marine fuel or install exhaust scrubbers and continue to use cheaper HSFO.

There are a number of factors that will be considered when a shipowner contemplates installation of exhaust scrubbing equipment versus use of compliant marine fuel or switching to alternatives fuels for any vessel. These factors include:

Shipowners are not likely to make significant investments or decisions to modify their vessels in time for the 2020 deadline to allow continued use of HSFO, if that is their primary fuel source. One estimate forecasts that less than 15% of the world fleet will convert to onboard scrubbers by 2020. This procrastination will have impacts on the estimated 2020 fuel grades demand and supply balance.

Global projected marine fuel demand for 2020 is 320 million MT (or over 5 million BPD).

As stack gas scrubbers are installed post-rule implementation, usage of traditional high-sulfur bunkers will likely rebound, but not to current global consumption levels.

Non-compliance by vessels is likely to be a significant issue. It remains to be seen how successful IMO’s efforts to strengthen enforcement mechanisms will be prior to implementation of the IMO 2020 Rule.

Next month’s Stillwater newsletter will focus on the IMO 2020 Rule from the refiners perspective and highlight some of the key economic considerations driving their decision-making.

We invite your questions and comments on this evolving significant issue.