Electric Vehicles: How California is helping to reduce petroleum demand in the face of the Ukraine conflict

The Biden Administration[1] has been promoting EVs as a key federal strategy to address the current petroleum dilemma brought about by the Russian invasion of Ukraine. Using California, the most proactive EV state in the country as a guide, we can examine the effectiveness of EVs in reducing petroleum use. 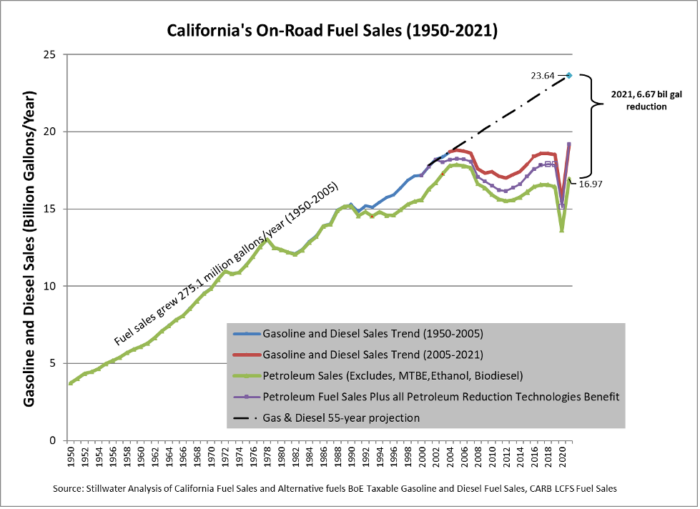 Figure 2 below displays the last 21 years of petroleum reductions in California and reduction projections through 2030. As can be seen, the greatest factor reducing fuel use is the consumer shift to buying higher fuel economy cars as gasoline prices rose above $2.00 per gallon in 2003. This factor was enhanced after 2011 when manufacturers responded with higher fuel economy vehicle offerings and again with subsequent higher fuel economy regulations. Higher gasoline prices from 2004 through 2014 suppressed driving and ultimately contributed to the 2009-2010 recession. Demand reduction followed the recession to 2014, along with the COVID-19 pandemic, which played a dramatic but temporary role in the reduction of fuel use.

Figure 2. Historic Factors that Reduced Petroleum Fuel Use and their Projection to 2030 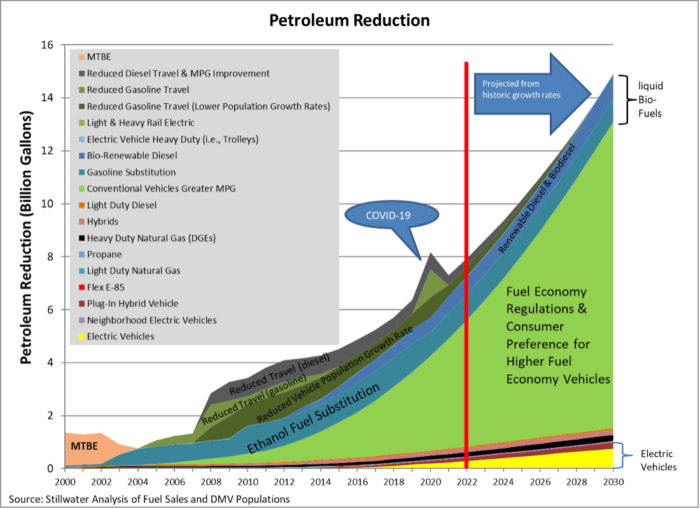 Figure 3 provides a breakout of the 15 factors reducing petroleum use in California, we suspect this is similar for the rest of the nation, except the EV contribution for the U.S. will be less than half as much as California’s.

Figure 3. Percent of Petroleum Reduction Factors in 2021 in California 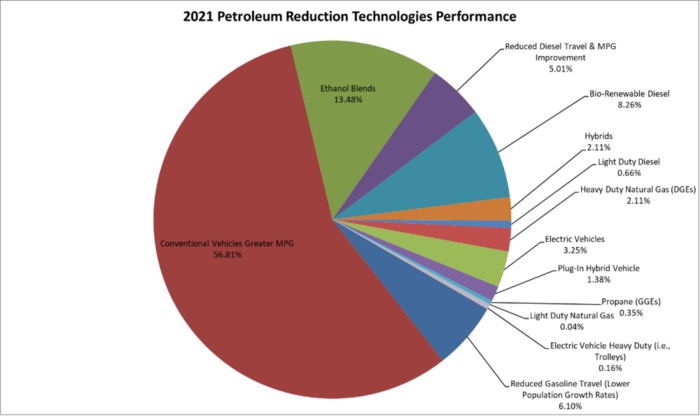 Federal agencies have several direct control authorities that can (over several years) reduce the growth of petroleum use, such as: mandating higher fuel economy regulations, incentivizing EVs, and expanding biofuels use. As the evidence shows, petroleum reduction policy recommendations restricted to EVs and gasoline-plug-in hybrids are insufficient in magnitude to the urgent task discussed for the Ukraine / Russian conflict. In fact, the petroleum reduction benefit of EVs and gasoline plug-in hybrids combined is overwhelmed by the increased fuel demand. Higher fuel economy vehicle policies along with higher gasoline prices are reducing petroleum use 60%. Biofuel policies promoting ethanol, biodiesel, and renewable diesel are reducing petroleum fuel use 23%.