Oil industry observers, including the Downstream Wizard, predicted that California retail gasoline prices would go up around New Year’s Day as transportation fuels would come under California’s Cap-and-Trade regulation. At current prices for carbon, Covered Entities like refiners and marketers who pay the tax on fuels, should be passing through about 10 cents per gallon (cpg) for gasoline and 12 cpg for diesel. 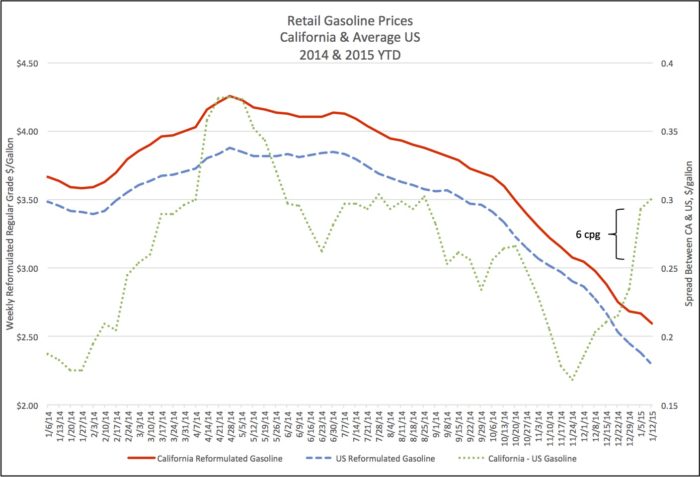 The retail diesel price history has a similar shape. Diesel prices have been in decline since the summer as well. The California diesel price reduction flattened out with the January 5th report and the spread between California and the U.S. average increased by about 5 cpg. 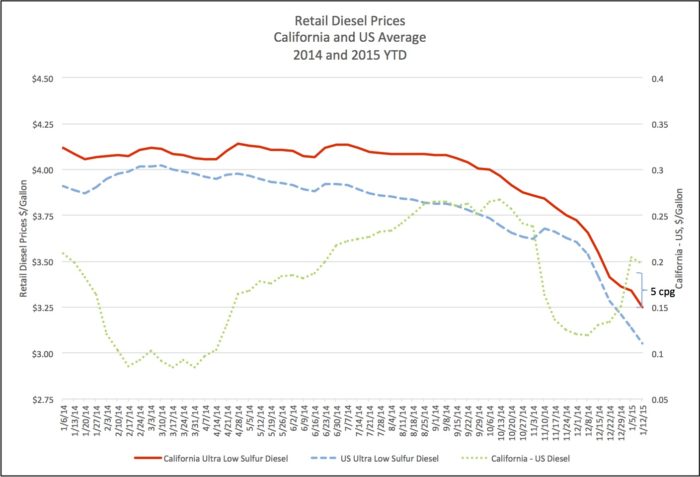 We can see about a 6 cpg impact on retail gasoline prices and about 5 cpg on diesel. It seems that Covered Entities are not able to recover their cost of compliance. This may be because January is a low demand month. Additionally, gasoline supply is abundant because it is produced to the easy-to-make winter specification.

Southern California will transition to summer gasoline in early February, which is likely to create an uptick in retail gasoline prices. The direction of gasoline prices from there will depend on crude oil prices and the regional gasoline supply/demand balance.