May 20, 2019 By Kendra Seymour Economics, Wisdom from the Downstream Wizard

We first created the graphic below, illustrating the flow of petroleum products in and out of the U.S. by PADD for the year, for a talk at a conference a few years ago. One of our friends who attended that conference asked for an update, so today we’re offering just that! 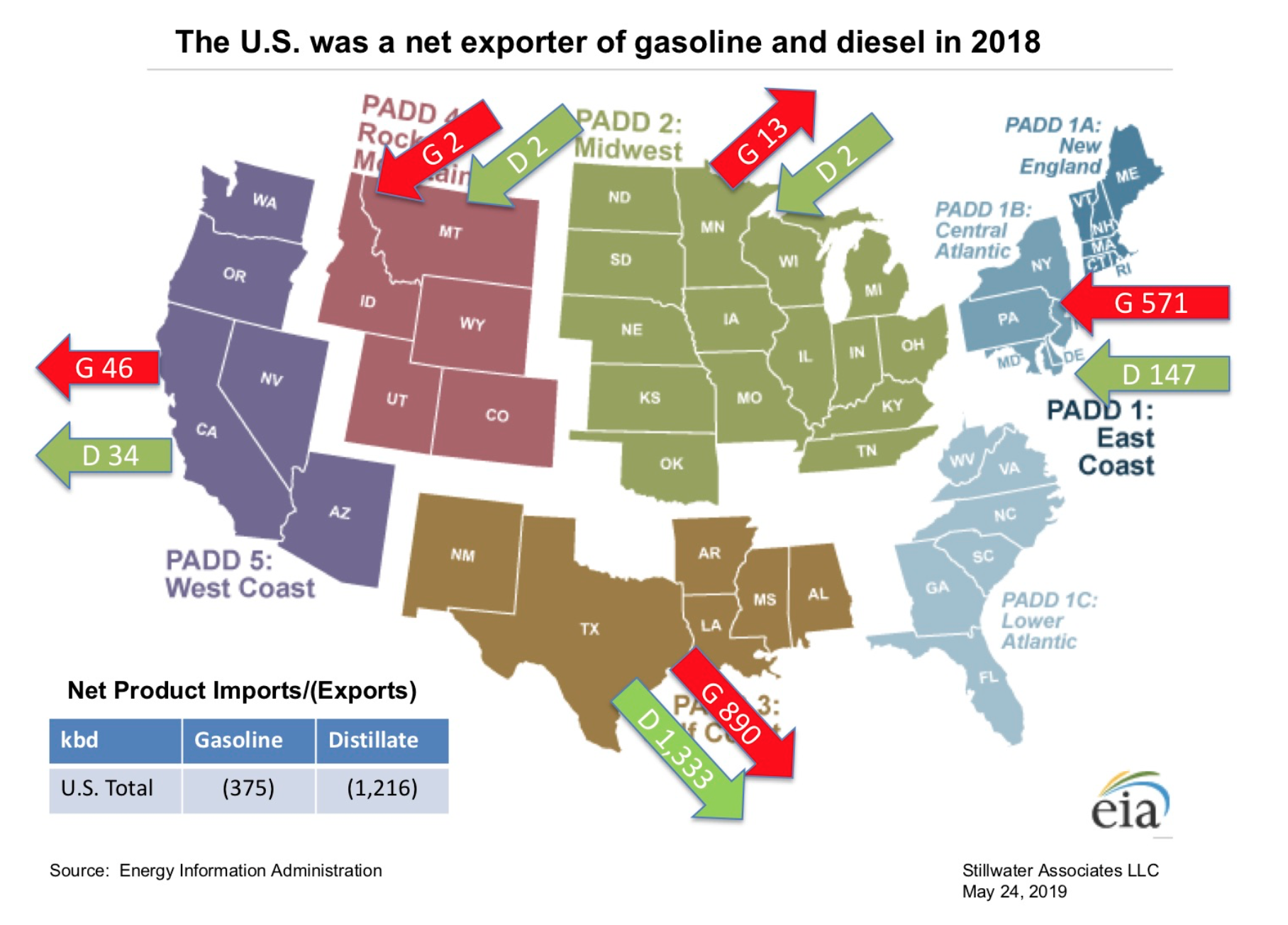 The West Coast (PADD 5) exported 46 kbd of gasoline and 34 kbd of distillates.