The Social Cost of Carbon Part I: How Does the U.S. Estimate the Cost of Climate Change? 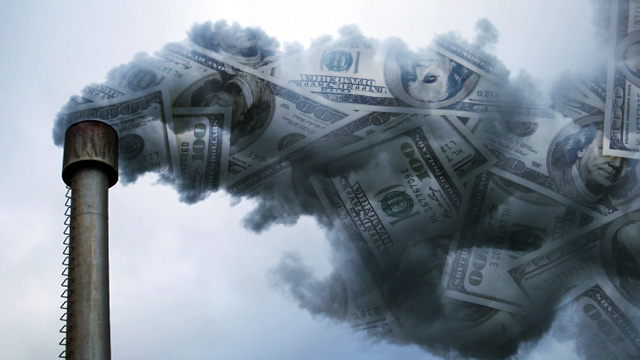 The Social Cost of Carbon (SCC) represents an estimate (in dollars) of the damage to society and the environment over time from each additional metric ton (MT) of carbon dioxide emitted into the atmosphere. This figure takes into account damage from the effects of climate change, such as sea-level rise, extreme weather, and water and food insecurity. The resultant dollar amount is used in cost-benefit analyses when the U.S. government is considering new or updated regulations (related to things such as coal-fired power plants or tailpipe emissions) or potential projects (such as infrastructure) to determine the estimated cost or benefit (cost savings) from the regulation or project. The cost-benefit analysis weighs the costs incurred for reducing carbon emissions against the value of avoided costs stemming from damages from those emissions (the SCC). Additionally, the SCC is used by some states, such as California and Washington to inform their decision analysis for regulations.

The concept of the SCC has been recognized by economists for several decades as a mechanism to account for externalities[1] associated with carbon emissions. Under the Obama administration, an Interagency Working Group (IWG) on the cost of carbon was established to determine what that cost should be. A number of different models (integrated assessment models) were used to arrive at the cost, then a discount rate was applied to account for the difference in dollar value between present-day cost and future costs. This amount fell into the neighborhood of $41 per MT. Under the Trump administration, the IWG was disbanded, and the SCC amount was dramatically reduced to near $1 per MT by changing some of the pivotal parameters of the model, namely the discount rate and scope of the damage being considered. Although the exact value of the damage from carbon emissions is impossible to know, the dramatic devaluation of the SCC under the Trump administration was broadly considered to vastly underestimate the real damage. Consequently, states such as New York, California, and Washington continued to use the value established under Obama administration.

On President Biden’s first day in office, he issued an executive order to reconvene the IWG and gave the group instructions to issue a revised interim SCC value in one month’s time. The group is also tasked with determining a new SCC value within the year using updated science and modeling techniques. In late February, the group re-established the SCC value that was used under the Obama administration adjusted for inflation at $51 per MT of carbon dioxide emissions. As the IAW works to determine an updated SCC value, it will most likely incorporate recommendations issued in 2017 by the National Academies. Factoring in the recommendations and updates to scientific modeling, early predictions of the eventual SCC estimate that by next year we will see an SCC figure somewhere in the neighborhood of $100-125 per MT.

Next month, in Part Two of this article series, we will explore how the SCC will impact regulations affecting refiners and fuels markets, particularly on the West Coast. We will also look into how the oil and gas industry could incorporate the increased SCC into its cost-benefit analysis to inform capital investment strategies and carbon emissions abatement strategies. Stay tuned, and don’t hesitate to contact us with any questions in the meantime.

[1] An externality is a side effect or consequence of an industrial or commercial activity that affects other parties without this being reflected in the cost of the goods or services involved.