The Convoluted Logic of the U.S. Postal Service 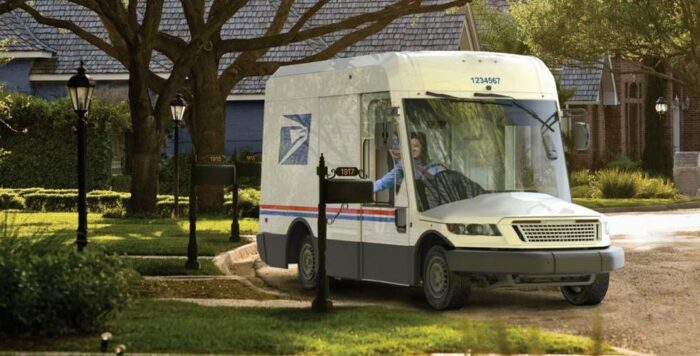 Recently, the U.S. Postal Service (USPS) announced its decision to phase out the current fleet of 30-year-old Grumman postal trucks, replacing as many as 165,000 vehicles with Oshkosh Defense trucks – a contract valued at $11.3 billion over 10 years. While no one would argue the current fleet of dilapidated delivery trucks need replacing, the justification for the new contract does not hold up to scrutiny according to the U.S. Environmental Protection Agency (EPA). Let’s see what all the noise is about.

In January 2021, the Biden administration issued an executive order stating that the federal government’s current fleet of 645,000 vehicles (as of 2019) would be gradually replaced by a fleet of electric vehicles (EV) as part of an expanded Buy American Act. The contract from USPS would replace about 25% of the entire federal fleet, but running contrary to the executive order, these new vehicles would be gasoline powered. Technically, USPS operates independently from the federal executive branch of government, but at the time of the contract announcement the proposed social spending package included $6 billion for the new USPS vehicles.

As any shopper for a new gasoline powered vehicle understands, fuel efficiency is an important decision-making criterion as it is a key contributor to the expense of operating a vehicle. As part of the economic justification to purchase the trucks from Oshkosh, USPS estimated the new vehicles would get close to 30 miles per gallon (mpg). EPA’s analysis, however, found that the vehicles could get less than 15 mpg. Furthermore, with the air-conditioning turned on, the EPA analysis indicates that the fuel efficiency of these new vehicles would drop to less than 9 mpg. In fact, according to EPA, the Oshkosh replacement vehicle only offers a 0.4 mpg fuel economy improvement over the agency’s existing, 30-year-old fleet (which admittedly lacks air-conditioning).

This seems like a missed opportunity. What better usage scenario could there be for an EV than the USPS’s fleet of light-duty trucks which start and end each day in the same location and only travel 70-100 miles per day between charges? USPS’s own analysis concluded that 95% of mail carrier routes could be satisfied with EVs.

On March 14, 2022, members of the House of Representatives Committee on Oversight and Reform sent a letter to the USPS Inspector General requesting the initiation of an investigation into the USPS compliance with the National Environmental Policy Act (NEPA) and particularly into the Environmental Impact Study (EIS) files by USPS for this purchase contract. Among the questions from the Committee to the Inspector General were the following:

As an independent agency of the federal government, USPS may move forward with this $11B+ purchase contract with Oshkosh unhindered by the same government oversight as other federal agencies, but given that these are our tax dollars, shouldn’t these questions first be answered in a more transparent manner before proceeding? And this situation begs the question: In today’s environment of $4.25/gallon gasoline, would you buy a vehicle that only gets 8.6 mpg?