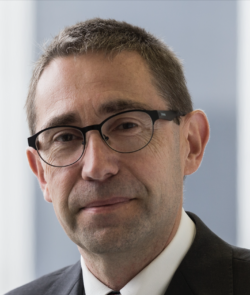 Olivier (Olly) Macé is a Senior Associate at Stillwater Associates. He is also Owner and Principal at Broadmanor Consulting Limited, a company specializing in advising clients across the biofuels / renewable fuels value chain, and is also a Senior Associate of Net-Zero-Solution, a division of Channoil Energy.

Olly previously worked in the Downstream Oil and Biofuels sectors for 31 years, holding a variety of roles in Refining, Trading, Supply & Logistics, Fuels & Lubricants Sales as well as Renewable Energy. In 2006, BP launched the BP Biofuels organization, aimed at developing a large-scale biofuels business based on advanced technologies and production assets. Olly joined BP Biofuels at its inception and held various leadership positions between 2006 and 2013, including Regional Director Europe & Africa and Global Head of Strategy, Regulatory Affairs & Communication. During this period, BP made a number of significant investments in assets and advanced technology programs in the biofuels sector. After leading BP’s Midstream business in the UK from 2014 to 2018, Olly became the European Biofuels Director for BP Fuels Supply & Midstream, responsible for the biofuels commercial performance in the entire region, a position he held until he retired from BP at end of 2020.

Olly earned a Bachelor’s degree in Math and Physics from Ecole Polytechnique in France then went on to earn a Master’s degree in Refining Engineering from Institut Francais du Pétrole in France.