The credits and deficits by fuel category each quarter as reported by CARB are shown below. A large jump in the gasoline and diesel deficits due to the change in the standard in 2015 can be seen. The increase in deficits for 2016 is approximately 970,000 MT per quarter, 2.6 times the 2016 rate. 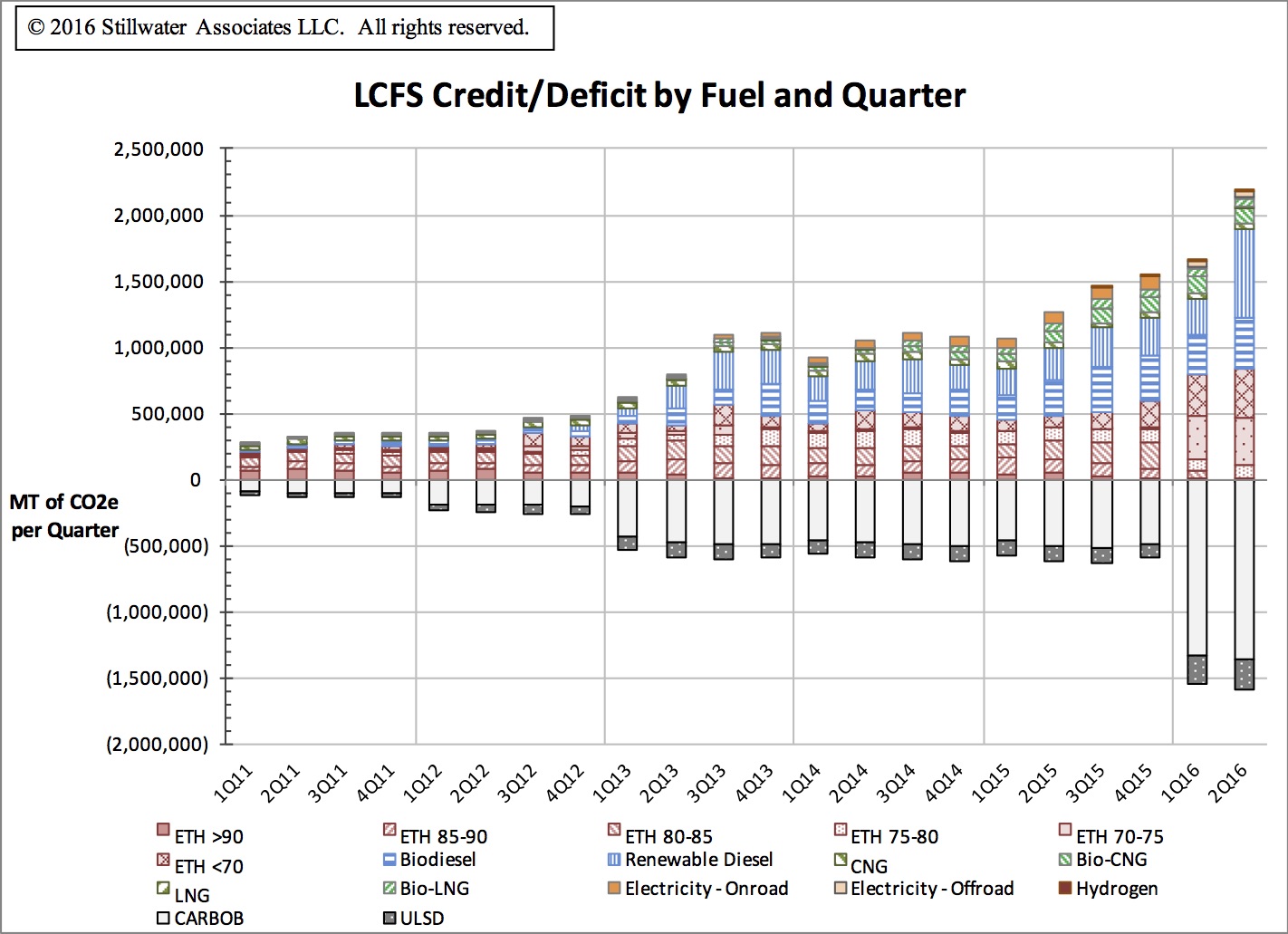