Net Zero – A view from Across the Pond

Over the coming months, Stillwater plans to publish a series of articles highlighting potential paths to Net Zero here in the U.S. and globally. We kick off this series with an article from one of our newest Senior Associates who lives in England. 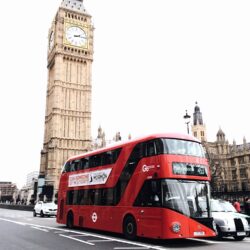 Greetings from old Europe, where the interest in the energy transition has reached fever pitch over the last twelve months! As various European governments ponder their options for “building back better,” there is a growing desire to see public funding – earmarked for accelerating post-pandemic economic recovery – being directed to low-carbon and net-zero investments. In parallel, the European Union is very keen to retain its lofty position as the global leader in decarbonization, and the UK, despite having now left the Union, appears equally intent on leading the pack.

Probably the biggest development currently in Europe is the Green Deal, a package of measures to get to climate neutrality by 2050 while restoring biodiversity and reducing pollution. Although the full details of the Green Deal are still somewhat obscure, it is already clear that the Commission is attempting to pick winners and is struggling to implement a level playing field based on the principle of technology neutrality.

Looking specifically at transport energy, the current paradigm in Europe (which will no doubt resonate with readers in North America) appears to be:

Of course, like all paradigms, this is an over-simplification and doesn’t necessarily do justice to the sophisticated thinking of some of its proponents.

Meanwhile, the downstream industry continues to fight the current trend (or should I say “fashion”) of loud proclamations by European politicians regarding the demise of the combustion engine. In the UK, the date of the ban on internal combustion engines (ICEs) has already been moved forward twice, first from 2040 to 2035 and more recently (November 2020) to 2030. France, Spain, and other EU member states have made similar announcements. Last month, the respected Brussels commentator Euractiv reported: “EU plotting ban on internal combustion engine as of 2025.” Faced with this blatant deviation from technology neutrality, downstream oil – represented in Europe by the FuelsEurope trade association – has been at pains to point out the potential and many benefits of lower carbon liquid fuels, namely biofuels and efuels. Its Clean Fuels for All publication advocates for “low carbon liquid fuels and electrification/hydrogen in road transport (to) sit side-by-side,” and for “every litre of liquid fuel (to be) net climate neutral by 2050 at the latest.”

I share this view, for a variety of reasons. Firstly, the fact that a tonne of CO2 saved today (by the use of renewable fuels) does a lot more for climate mitigation than the same tonne of CO2 saved in ten years by the use of electric vehicles (EVs). So yes, electrify as fast as you can and use as much low carbon liquid fuels as makes economic and climate sense in the near-term.

Secondarily, no technology is exempt from sustainability criticism, and electric batteries have their own drawbacks (use of materials and recycling issues being two of them, not to mention green electricity capacity). For any energy production, scaling it up towards its theoretical maximum capacity tends to stress the system and exacerbate sustainability concerns (as an example, think of having to go look for oil in the Artic or in deep water). To ban a technology in favour of another is to make the judgement that even at their maximum stretch, one’s favourite is intrinsically better than the alternative. In this particular case, it is saying that EVs remain a more sustainable form of energy at maximum deployment than the most sustainable exemplars of low-carbon liquids, such as advanced biofuels. It feels deeply flawed to the scientist in me, as I have to believe that the “sustainability optimum” will be achieved by deploying both technologies at efficient scale in the right proportions, but without over-stretching either of them.

Thirdly – and perhaps most importantly – I remain convinced that the full potential of renewable fuels has not yet been discovered and is therefore massively underestimated. One example of this is the recent developments by various academic institutes and companies on advanced agronomy / land management practices, which are highlighting possibilities to simultaneously produce crops (for food and energy) AND increase soil carbon stocks. In some cases, fuels with negative carbon intensity (CI) – highly beneficial to climate neutrality – have been produced from these new agricultural value chains. In other words, the whole well-to-wheels operation results in negative carbon emissions. Another example is the potential of carbon capture, utilization and storage (CCUS) combined with biofuels production to again reach negative CI performance. Not to mention the budding interest in inter-crops such as carinata, but that’s a topic for another day.

My Recipe for Net Zero
So, what is my personal “Recipe for Net Zero”? I believe that in all main energy segments – power and heat as well as transport fuels – bioenergy has an important role to play. Despite being much maligned, and often seen in conflict with re-wilding and biodiversity (a false dichotomy in my view), biomass can make an extraordinary contribution to Net Zero.

For power, it clearly has a tough job displacing demand away from the great “weather twins” – solar and wind. Therefore, I think the contribution of biomass may remain relatively modest – following my logic of scaling up to the “sustainability optimum” for each technology in the mix.

For transport, I can see huge potential in displacing fossil fuels with renewable – or recycled – liquids, combining best use of waste streams (from used fats and greases to recycled plastics, from agri waste to municipal rubbish) and best use of high-yielding, dedicated energy crops, cultivated in ways which enhance both soil carbon stocks and biodiversity. Altogether, the potential is enormous. After reasonable electrification and penetration of natural gas (including biogas) where it makes most sense, I see no reason why the remaining demand for liquid fuels could not be entirely supplied by these two combined sources.

Getting to Net Zero globally will be a hugely challenging undertaking, and humankind cannot afford to disregard any of our biggest levers to achieve it. In my view, bioenergy sits alongside solar and wind as one of those very big levers. As a society, we must find a way to understand and get comfortable with the sustainability parameters of doing bioenergy well.