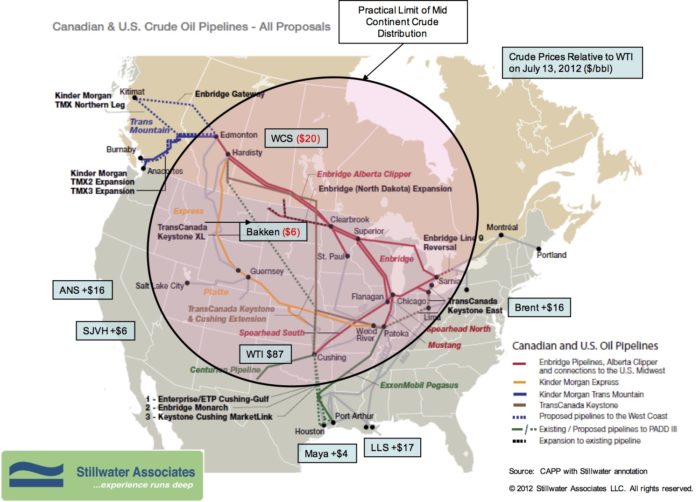 Crude oil spot prices have remained in about the same place since the last blog post, except for Western Canadian Select and Bakken.  WCS has dropped another $2 from June 1, to $22 under WTI.  The Canadian Pacific Railway strike, that ended last Friday, may have played a small part in the bottleneck.  Although CP does not ship a great deal of crude oil. Other glitches in the system like the unplanned maintenance at BP’s Whiting, Indiana refinery and scheduled maintenance at the Phillips 66 fluid catalytic cracker in Borger, Texas are to blame for the dip in demand.

Bakken’s discount narrowed from $8 under WTI on June 1, to $6 under WTI.  Demand for Bakken is on the rise due to Tesoro’s expansion of the Mandan, North Dakota refinery.  The expansion is scheduled to be completed later this month and will increase the plant’s capacity from 10,000 bpd to 68,000 bpd.