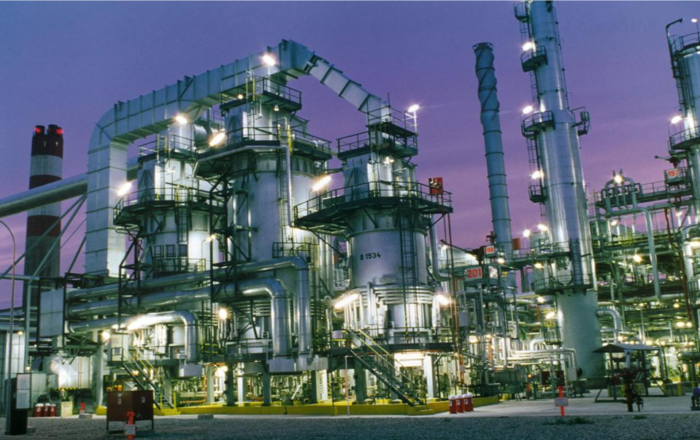 The International Maritime Organization (IMO) is moving forward with a marked reduction from 3.5% to 0.5% in the maximum sulfur content of marine fuel (bunker fuel oil) on January 1, 2020. In our October newsletter, Stillwater provided Part 2 of our series on this “IMO 2020 Rule”, focusing on the shipowners’ perspective. In this month’s newsletter, we will focus on the refiners’ perspective on this impending change, with particular emphasis on the impact of the IMO 2020 Rule when it is implemented in 2020.

Implementation of the IMO 2020 Rule requires that marine vessels consume marine fuels with a maximum sulfur content of 0.5 wt. % in areas outside of Emission Control Areas (ECAs), unless onboard stack gas scrubbers have been installed. Stillwater expects that less than 15% of marine vessels will have installed onboard scrubbers when the IMO 2020 Rule takes effect, and that non-traditional fuels such as LNG and methanol will constitute a very small percentage of vessel fuel in 2020. IMO 2020 will cause a dramatic shift in the demand of marine fuels used globally from high sulfur fuel oil (HSFO) to 0.5% sulfur marine fuel. This demand shift will have a dramatic impact on global refining.  There are several observations that should shape any refiner’s consideration of this rule:

As the IMO 2020 is an international regulation, refineries in all corners of the world will be impacted.  According to the BP 2016 Statistical Review of World Energy, refinery throughput in 2016 was 80.6 million barrels per day (bpd), fuel oil production was 8.0 million bpd, and distillate production (excluding kerosene and jet fuel) was 27.5 million bpd. Per the EIA, global marine fuel use is 3.9 million bpd, or about half of the 8.0 million bpd production if assumed to be all fuel oil.

In aggregate, the U.S. refining industry has a small exposure to this change.  Of the 8.0 million bpd of global fuel oil production in 2016, just 419 thousand barrels per day (KBD) of residual fuel was produced by U.S. refineries per the EIA. About 25% of the refinery production was under 1% sulfur. Table 1 summarizes U.S. residual fuel data from the EIA.

At 2.6 % of crude runs in 2016 (per EIA), residual fuel is a minor product in the U.S. when compared to the global yield of 9.5 % excluding the U.S.  Clearly, the IMO 2020 regulation will have a much greater potential for impact to refineries in other parts of the world than in the U.S.

Worldwide refineries fall into different categories or modes of operation usually defined by the degree that residual materials with a boiling point above 650oF can be converted into lighter products such as gasoline, jet fuel, and diesel. Liquids boiling above 650oF are primarily fuel oil, unless refinery processing equipment exists to convert all or some part of it into light or other clean products. Based on a refinery’s ability to process the 650oF+ material, refineries can be divided into the following operating categories:

A refinery may be configured to operate in more than one mode, depending on processing strategy and the crude slate being processed.

Globally, the prevalence of full conversion refineries varies widely. A prime example of this is the total refinery coking plus resid hydrocracking capacity in North America (13.6% of crude capacity) versus Asia (only 3.2%), as seen in Table 2, below.

The probable impact of each type of refinery mode by the IMO 2020 Rule is discussed below. The context of this discussion is from a global refining perspective, but could be applied to any region.

Refineries that run low sulfur crudes and produce LSFO, and inland refineries would probably be shielded from the reduction in HSFO demand. For LSFO refineries, market demand and prices for LSFO for marine fuel should increase as will low sulfur crude oil prices. Inland refiners should not see their residual demand reduced unless they transport the fuel oil to coastal areas, since they would be serving local markets. However, these inland refiners will still be subject to the price changes in distillate as well as wider price spreads for light/heavy and sweet/sour crude.

Stillwater analysis suggests that the majority of the HSFO currently consumed as marine fuel comes from the cracking category of refineries that process sour crudes. These are the refineries that most urgently require a plan for alternate disposition of their residual materials currently directed to marine HSFO sales. Residual fuel oil has historically priced at 70-85% of crude oil price. Any widening of crude oil/HSFO differentials due to IMO 2020 only increases the economic driver for refinery resid upgrading projects.

There are only 26 months between now and January 1, 2020 when the IMO 2020 Rule takes effect, too short of time to initiate a residual upgrading project. Without the opportunity to respond with an investment timed to be onstream in 2020, refiners will have to depend on operational changes, small-scope debottlenecking, or commercial changes to reduce their exposure to the marine HSFO market.

For sour crude cracking refineries, those changes may be one, or a combination of:

Time is of the essence for high sulfur cracking refineries. Each of the above potential changes can be an opportunity as well if the refiner begins to execute a strategy to take advantage of the changes that will be brought forth by the IMO 2020 Rule.

For refineries with existing residual destruction and associated processing facilities capacity, there will be a strong driver to fully utilize or debottleneck that capacity. Plans need to be made taking into account the specifics of the refinery, location, and markets. This process will position the refiner to capitalize on the market changes that IMO 2020 will bring. Increased capacity utilization could come from purchasing residual stocks from other refineries, modifying crude slates to capitalize on the ability to handle more high sulfur residual material, increasing refinery runs, or some combination of these. These refineries may see strong near-term economic drivers to expand their residual destruction and associated processing facilities capacity.

The planning challenge for a refiner is that the unknowns far outweigh the knowns for the criteria that refiners depend upon to make decisions. Marketplace price changes may not be durable as the shipowner and refining industries adapt and optimize. Adoption of alternative fuels such as LNG and methanol may also become more impactful in 2025 and beyond on global refining margins.

Next month’s Stillwater newsletter will present Part 4 of our series on the IMO 2020 Rule: The Bunker Suppliers’/Blenders’ Perspective, highlighting some of the key issues driving this sector of the maritime industry.

Whether you’d like to develop a better understanding of the IMO 2020 Rule and initial compliance tactics or you’re interested in collaborating to better define your strategy and tactics, Stillwater Associates is here to help. Contact us. We invite your questions and comments on this evolving significant issue.