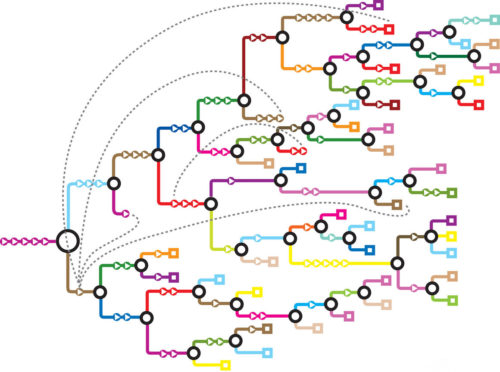 Let’s go back in time, to the late 1970s when sulfur regulations for fuel oil were less stringent and heavy San Joaquin Valley (SJV) crude was priced extremely low. This SJV was often minimally processed then dumped into the bunker fuel market on the West Coast, making a solid profit for high-sulfur fuel oil (HSFO) producers. The fuel was so cheap that buyers were routinely double-bunkered on the West Coast – a ship took on twice the fuel they needed for their one-way voyage so as to have sufficient fuel for round-trip given the advantageous price differential versus their intermediary ports of call. Then, in 1991, Long Beach implemented a sales tax on bunker fuel. The new tax caused the bunker fuel market volume there to plummet and forced a lot of HSFO suppliers out of business, leaving behind larger entities with economies of scale – those who could export bunkers on larger ships (350,000 barrels+).

Fast forward to today. Bunker demand is still high, but emissions restrictions are stricter and getting more so with the impending IMO 2020 mandate. When IMO 2020 goes into effect, refiners, suppliers, and shippers will have to adjust their business models much like they did in Long Beach in 1991. Decisions made will lead to success or failure. Today we will talk about the economics of IMO 2020 as it applies to the crude slate, which will affect the economics and decision-making in all parts of the bunker fuel oil supply chain. It’s a choose your own adventure!

First, a quick overview of IMO 2020’s likely effects on the global crude slate:
With IMO 2020, the International Maritime Organization mandates the reduction in the maximum sulfur content of marine fuel (bunker fuel oil) from 3.5% to 0.5% beginning January 1, 2020. Aside from marine gasoil (which is naturally low-sulfur), this 0.5% low-sulfur fuel oil (LSFO) can be created by refining very low sulfur crude oil (light sweet crude) or diluting (blending) HSFO with a distillate like diesel. (LSFO can also be created by hydrotreating high sulfur resid to remove sulfur, but this option is so costly as to be un-economical, so we exclude it as a viable option here.) Once IMO 2020 is implemented, therefore, two main shifts will happen in the worldwide crude slate:

Essentially, refiners will have to run more crude or lighter crude. Additionally, on the whole, the worldwide crude slate may get lighter because at some point there won’t be a place to put the next barrel of HSFO. The market will require more distillate (diesel) and a little less bottom of the barrel (HSFO).

What will this do to the price of fuels, you ask? As you may have already guessed, the price of diesel is widely expected to rise sharply in 2020 due to increased demand. Conversely, the price of HSFO (and the heavy sour crudes which create it) will likely plummet to the point at which they can compete with coal as a fuel for power generation. Interestingly, there is a significant possibility that gasoline prices will rise slightly due to crude shifting to the production of diesel, driving crude supply for gasoline down. For now, however, all we can do is speculate. Only time will tell.

With this knowledge in your back pocket, you get to make the call.

The re-pricing of the crude slate will prompt the re-optimization of refineries to maximize their profits. Your decision here will depend largely on where you’re located. If you’re a refiner in the U.S., for example, you’re in luck! You likely have a Coker and can run what will be cheaper crude or excess HSFO (see above). If you’re a refiner in Singapore, however, you’ll likely feel the effects of the crude slate re-pricing most acutely since Asian refiners largely lack the Cokers, Hydrotreaters, and Catalytic Crackers capable of converting the cheaper heavy sour crude into products other than HSFO.

If you’re an HSFO producer in Asia or elsewhere, all is not lost. All HSFO refiners certainly won’t be shut down; some demand will remain. HSFO will, of course, have a lower value because it won’t meet IMO 2020 spec, but the margins of the other refined products run by a refiner also producing HSFO could still increase sufficiently to make it profitable for those refiners to operate. One outlet for HSFO may be another, more-advanced refinery which could use the cheap resid as a Coker feedstock rather than running heavy sour crude.

Big picture: In a perfect world, heavier crudes should come to the U.S. where there is the capacity to process it into light products while lighter shale oil should be sent to Asia where there is no such capacity. It is unclear, however, whether this crude shuffle will be possible or economic due to transportation logistics and costs. (There is, however, a potential here to increase tanker utilization as crudes are moved around.)

You’re a bunker supplier with IMO 2020 impending. Do you:

Even for refiners on the West Coast of the U.S., a lot of the LSFO produced doesn’t quite make the cut to be IMO-2020-compliant. The West Coast does, however, supply a lot of bunkers, so suppliers will need to have 0.5% sulfur LSFO supply for those ships. This could turn into a supply and demand issue for LSFO bunker suppliers. Suppliers can and do blend fuel oil with requisite components before supplying bunkers, so one option would be to dilute LSFO which doesn’t quite make the cut with diesel straight out of the California market. Currently, much of the bunker fuel supplied on the West Coast is derived from South American HSFO with minimal indigenous production blended in. It remains to be seen whether that approach will still work after IMO 2020 goes into effect. LPG and NGL are alternative bunker fuels, so some suppliers could certainly choose to go that route, but LPG and NGL are supplied to a limited number of ships, so this will be a small niche market and one that is a viable option for only a few bunker suppliers.

You’re a shipping company with IMO 2020 impending. Do you:

Everything discussed above hinges, to some extent, on the decisions made by ship owners. At this point, there is certainly not enough time for all global vessels to do the necessary retrofitting (installing scrubbers) to continue to run on HSFO and remain in compliance with IMO 2020. The lower price for HSFO which we expect to see once IMO 2020 goes into effect, however, will likely cause increased installation of scrubbers given the advantageous economics of running HSFO. (So, if you’re in the business of retrofitting ships with scrubbers, your business will likely boom leading up to and following January 1, 2020.) If you have gotten your scrubber installed by January 1, 2020, you will reap the benefits of cheap fuel costs when the price of HSFO drops. If you haven’t installed your scrubber, you’re left with two options: run with IMO-2020-compliant LSFO or run out-of-compliance and risk getting caught. The last option, of course, presupposes enforcement by all flag states.

We’re here to help you choose the right adventure for you.

The Stillwater team continues to track and discuss the issues swirling around IMO 2020. Some tough and as-yet unanswered questions we continue to ask are: What quality of crude oil is being run in plants worldwide? What is the capacity of each plant? Which ones have no choice but to produce HSFO? Answers to these questions may also affect your choose-your-own-adventure decisions. Without the right information, you may just have to learn the fate of your business the hard way.

Contact us to learn more about how we can steer you toward wise business decisions as IMO 2020 implementation approaches.

* Of course, not all refiners will have the same options available to them; we lump all refiners together here for the sake of brevity. In reality, refiners with ample Coker capacity and those that make little or no HSFO will have the luxury of waiting and watching for opportunities to arise following the implementation of IMO 2020. These refiners will reap the margin benefits of cheaper, heavy sour crude and perhaps very cheap HSFO that could be used as Coker feedstock. Meanwhile, refiners lacking Coker capacity and those currently making significant amounts of HSFO will face the most challenges. Even if heavy sour crude prices decline, HSFO prices may decline faster, making these operations much less profitable.