October 17, 2018 By Kendra Seymour Economics, Wisdom from the Downstream Wizard

Stillwater is often asked to provide forecasts for petroleum demand. Clients use these forecasts to understand how the market is likely to change.

For the last four or five years, we have predicted a drop in gasoline demand, mostly driven by cars and light-duty trucks getting better gas mileage as the result of the Corporate Average Fuel Economy (CAFÉ) standards.

Today it looks like our forecast may finally be right.

California’s Motor Vehicle Fuel Distributions Report tracks gasoline sales volumes, based on the excise taxes that wholesalers pay the Franchise Tax Board. Since almost all gasoline liftings are subject to excise tax, this report offers a good representation of how much of each gasoline is sold in California.

To provide some context, annual gasoline volumes are shown below.  Interestingly, gasoline sales peaked in 2005 and then made a strong recovery in 2015 as crude oil prices crashed and gasoline prices followed. 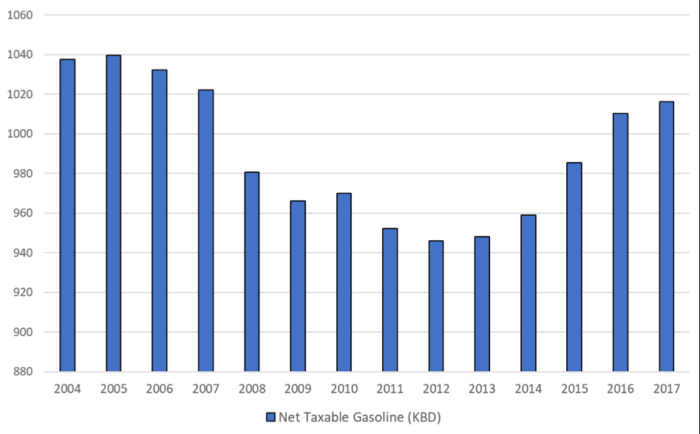 Now that gas prices are closing in on $4 per gallon again (at least in Southern California), we wonder if price is having an impact on gasoline demand in the state. 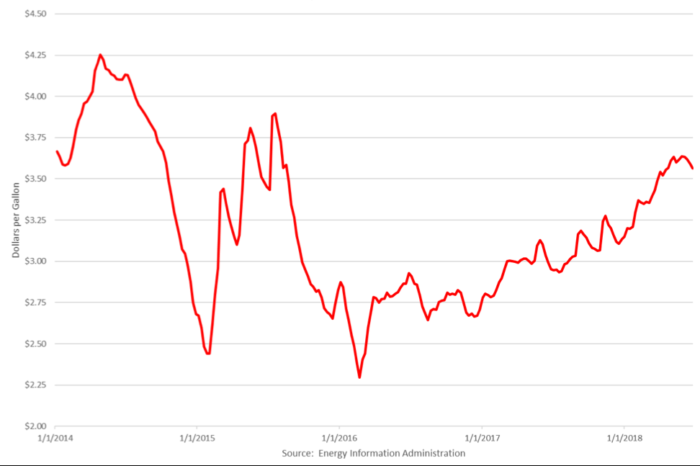 Gas prices peaked in 2014 then came off with the collapse of crude oil prices. In California, retail prices became volatile as a result of a 2015 refinery outage but stabilized at about $2.75 for a while. As crude oil prices have increased, gasoline prices have followed suit, with June ending at about $3.60 per gallon. The current average retail price is the same as it was in June, about $3.60.

For the first six months of 2018, fuel volume sold matches 2017, but the monthly data compared in figure 3 below shows that the year-over-year volumes started to slip in March. 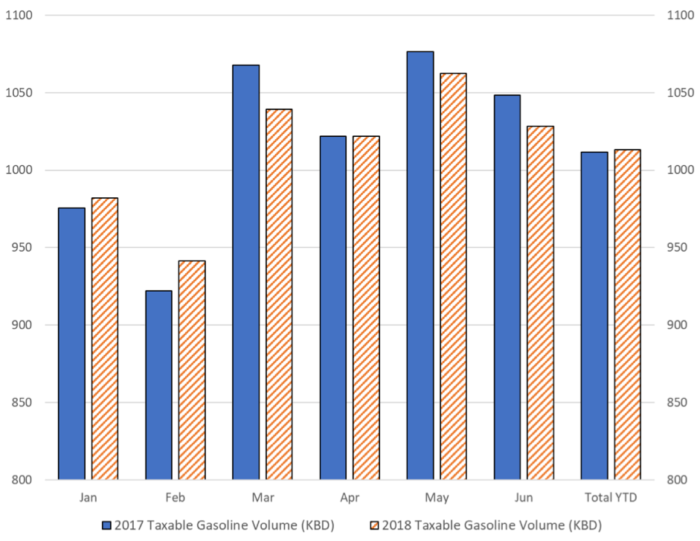 So, is this all price related?  The economy is strong, and unemployment is low. Other factors could be adoption of alternative vehicles and the fleet changing to cars that get better mileage. Stay tuned for more analysis.