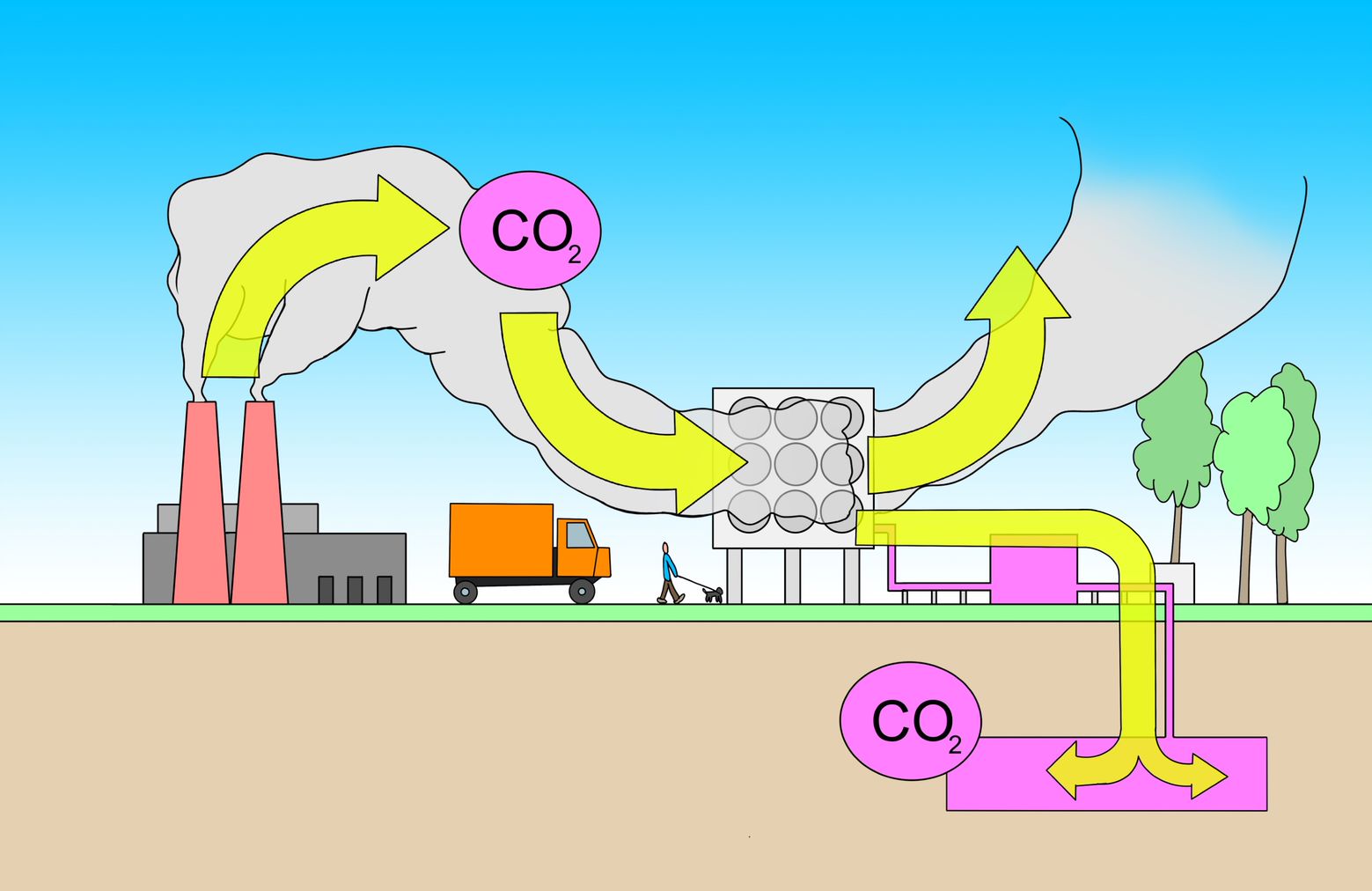 Recent months have seen several announcements of Carbon Capture and Storage (CCS) projects in various stages of development. While commercial CCS operations have limited history, deployment of this technology is seen as a feasible way to eliminate significant volumes of CO2 emissions. In this article, we will take a brief look at existing U.S. incentives for CCS applications in the transportation fuel arena.

A federal income tax credit for CCS was originally established with the enactment of Public Law 110-343 in 2008 and was codified in Section 45Q of the Tax Code (26 U.S.C §45Q). The provisions of 45Q were most recently amended in the Bipartisan Budget Act of 2018. Several proposals to further amend 45Q have been offered in the current session of Congress.

Under 45Q, income tax credits are earned for carbon oxides (carbon dioxide and carbon monoxide) captured from industrial processes which would otherwise be released to the atmosphere or captured via a direct air capture (DAC) process. To qualify for the tax credit, the capture and storage must occur within the U.S. For projects placed in service prior to the 2018 amendments, the 45Q credit amounts to $20 per metric ton (MT) if the carbon is placed into geological sequestration or $10 per MT if the captured carbon oxide is utilized for enhanced oil or natural gas recovery (EOR). The 2018 amendments extend the applicability of the credit to carbon utilization projects (including use for the growth of algae or bacteria, chemical conversion into a compound where the carbon is securely stored, or other uses with an existing commercial market as determined by the Secretary of the Treasury) and which begins construction before January 1, 2026. Additionally, the 2018 amendments limit applicability to 12 years of service and annually increase the available credit to $50/MT in 2026 for sequestered carbon or $35/MT for carbon utilized for enhanced oil and gas recovery or approved utilization processes. After 2026, the applicable credits increase annually with inflation. Additional restrictions include requirements that electricity-generating facilities must capture at least 500,000 MT per year, facilities for carbon utilization must capture at least 25,000 MT per year, and DAC facilities must capture at least 100,000 MT per year.

There are many other details in addition to this summary. If you think you may qualify, Stillwater can review the specifics of your project and advise.

The California Low Carbon Fuel Standard (LCFS) program provides the opportunity to generate program credits for CCS projects which capture CO2 and sequester it onshore in either saline or depleted oil and gas reservoirs, or which utilize the captured CO2 for EOR. The credits generated by approved CCS projects are identical to other LCFS program credits and, thus, trade at the current market price, currently well above the value of 45Q tax credits. In principle, qualifying projects can earn both 45Q income tax credits and LCFS credits if they meet the requirements of both sets of regulations and secure the necessary regulatory approvals. The Oregon Clean Fuels Program (CFP) does not currently offer CCS credits, but it is expected that they will add provisions generally similar to California’s in future program amendments.

In order to qualify for LCFS credits, CCS projects must satisfy the provisions of the LCFS Program regulations (17 CCR §95490) and the LCFS Carbon Capture and Sequestration Protocol. Unlike the federal 45Q credits, the LCFS does not have provisions for carbon utilization. In general, low-carbon fuel producers can earn CCS credits in the form of a reduced Carbon Intensity (CI) for fuels produced using an approved CCS pathway and sold in California. Petroleum refiners can earn Refinery Investment Credits for application of an approved CCS pathway (pro-rated for the share of the refinery’s production sold in California) and oil and gas producers can earn Innovative Crude production credits (pro-rated for the share of their production sold in California). Additionally, DAC projects can earn LCFS credits regardless of their location with no requirement to sell anything in California.

The calculation of LCFS credits earned by a CCS project considers the quantity of CO2 injected into the storage well (i.e., the quantity captured less the estimated losses prior to injection). Credits for EOR projects are debited for the quantity of CO2 produced with the oil or gas. The calculation also considers the carbon emissions associated with power used for capture, compression, and pumping from the production site to the storage site, the lifecycle emissions associated with any chemicals consumed in the process, and land use change impacts for any new pipelines built to transfer the captured CO2 from the production site to the storage site. Additionally, CARB withholds a percentage of the CCS credits earned and allocates them to the Buffer Account (an escrow managed by CARB) for retirement in case of any leakage occurring during the project lifetime; the percentage withheld for a given project is calculated based on metrics of financial, social, management, site, and well integrity risk.

If you wish to learn more about how CCS incentives might apply to your business, Stillwater can help you with a project-specific review of the applicable regulations and economics. Contact us to learn more!