High retail prices are certainly a concern and have a disproportionate impact on low-income consumers. However, unlike price shocks caused by the oil embargoes of the 1970s and the rise in prices during the 2007-2009 Great Recession, e high retail prices tied to Russia’s invasion of Ukraine may have less of an impact on today’s economy largely due to improved light-duty vehicle mileage. The average fuel economy for U.S. light-duty vehicles has improved since the 1970s from about 13.5 miles per gallon (mpg) to 25 mpg today, allowing consumers to go farther on fewer gallons.

California has historically had higher gasoline prices than the rest of the U.S., a trend which is attributable to the state’s unique gasoline specifications, environmental and greenhouse gas fees, isolation from alternate fuel supply sources, and higher cost structure to produce and market gasoline. Recently, the “premium” that Californians pay for gasoline appears to be widening from average U.S. gasoline prices, as shown in the figure below. 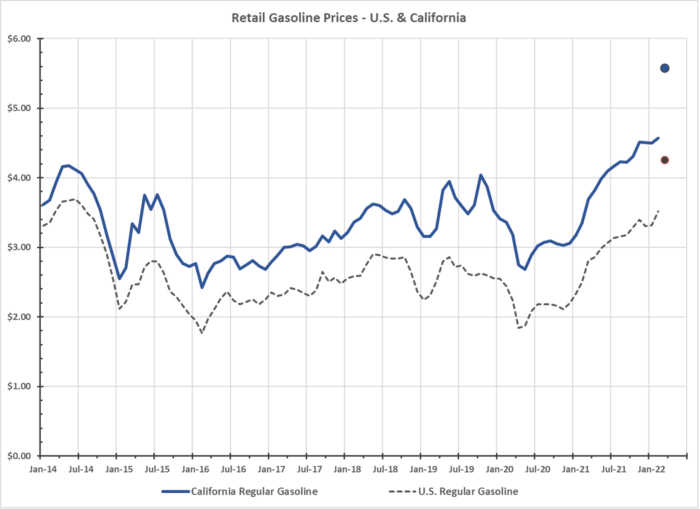 Back on February 1, 2021, we wrote an article outlining how taxes and fees on gasoline accounted for much of the difference between what Californians and the rest of the country pay for gas. In this article, we’ve updated that information to March 8, 2022 prices and add a couple of other elements including crude oil price, the cost of the Federal Renewable Fuel Standard, the wholesale gasoline price, and the amount that covers the operating costs and profits for the refining and marketing of gasoline. 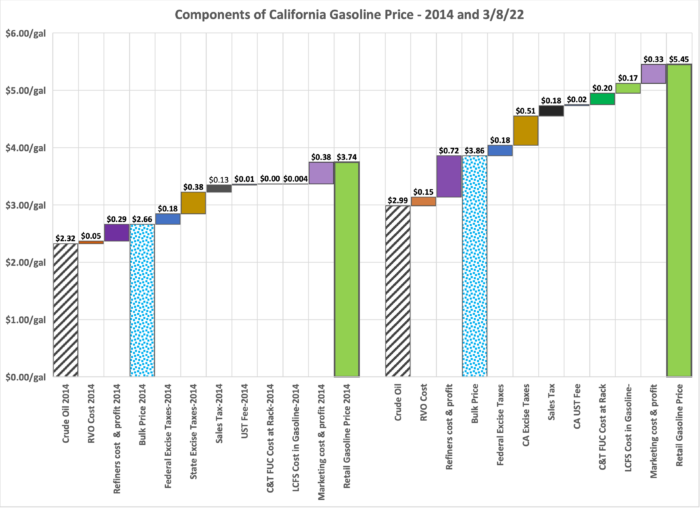 As can be seen, the gas price rose $1.71 per gallon between 2014 and March 8th. Crude oil accounts for $0.67 per gallon while operating costs and profits rose $0.38 per gallon. The rest, $0.66 per gallon, is due to additional taxes and fees at the state and federal levels. Taxes and fees on March 8th accounted for $1.26 per gallon.

Proportionally, the growth of the taxes and fees have been much higher than the other factors. 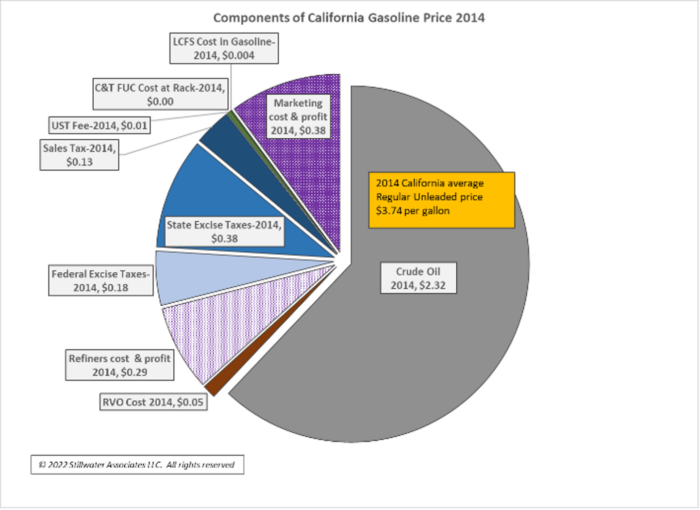 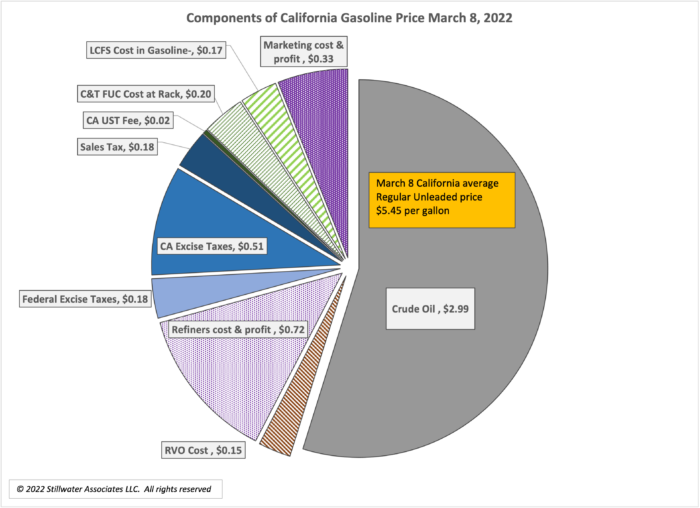 Where will California’s gasoline prices go from here? Without an end in sight to the crisis in Ukraine, the potential for crude oil prices to further rise continues. On the taxes and fees side, we expect that there will be an increase in the Cap & Trade carbon fees, and California’s excise taxes are scheduled to increase on July 1st. These taxes and fees will almost certainly keep California’s gas prices well above the rest of the nation for the foreseeable future.